This site is dedicated to the memory of Zac Rodgers, who left us too soon.

Who is King Spook?

King Spook is a character that frequently appeared in the artwork of Zac Rodgers during the mid to late '90's. Not much is known about what King Spook is meant to represent. He is part of a reccuring theme of death, the undead and other monsters that appears throughout Zac's work. I think King Spook can signify many things. Since he has no firm definition, we can allow him to be whatever we need him to be in the moment, a fool, a savior, a warning of woe, an icon of the grandeur of lost youth.

Who is Zac Rodgers? 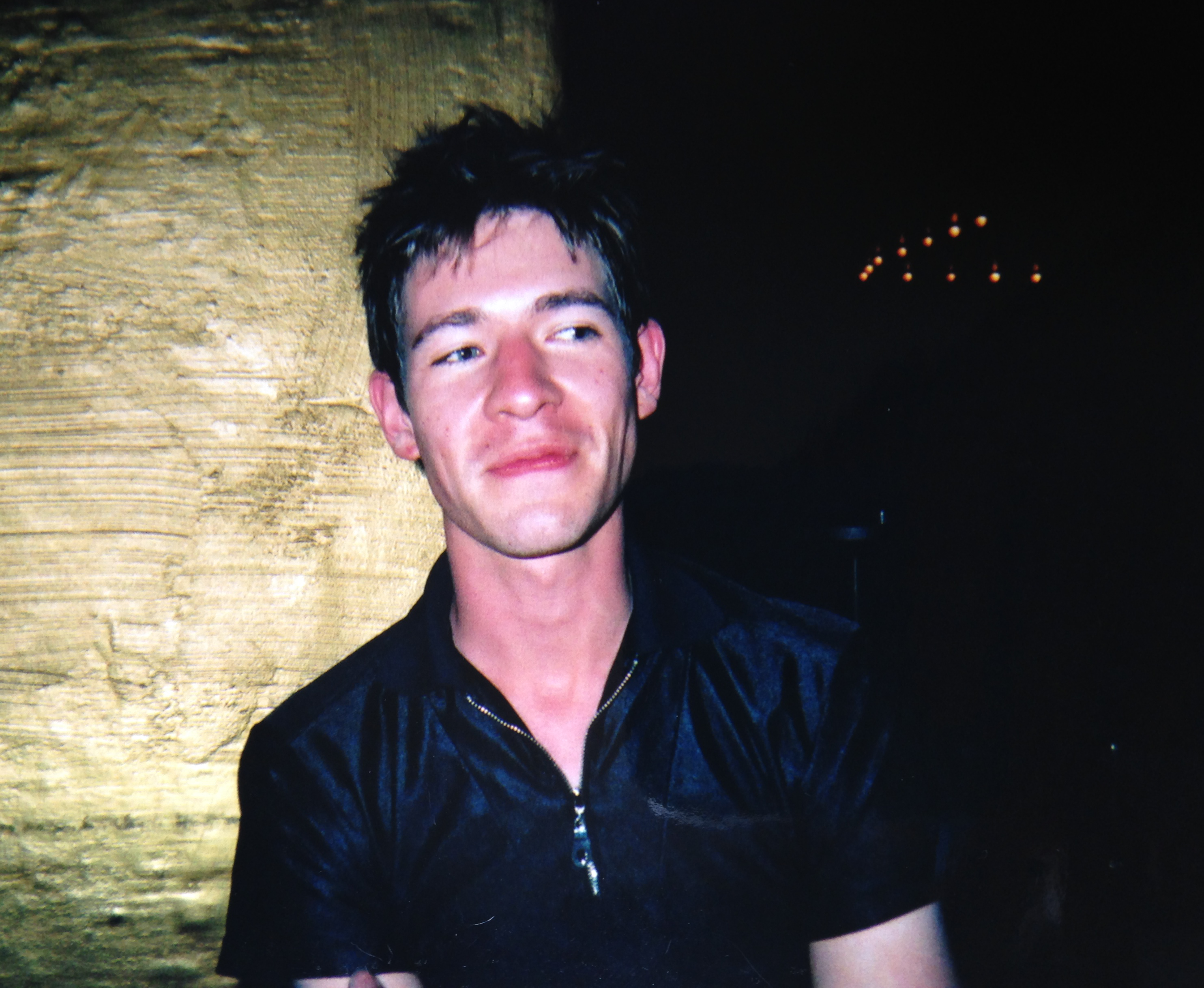 Zac was a wonderful human being. An artist, musician and writer. A great conversationalist. A caring friend. A thinker of deep thoughts and wild inspirations and meaningless mumbles. A complicated and facinating character that, if you've never met him, you would have been delighted to.

He had a way of speaking without judgment that allowed him to speak with anyone. People would open up to him, on the street, at a party, on the bus or at the local corner store. He made instant friends because he actually listened to people. He didn't shy away from strangers and he would certainly dive right in if he saw a girl that caught his eye. He didn't make you feel stupid even though he was brilliant. Rather, he made you feel connected and heard and welcome.

Zac was constantly creating. He had a manic energy spinning out little doodles and drawings on napkins and cups or his pants or a wall; whatever was at hand. He could spin out songs and poems in the same fashion, he was an ever-overflowing cup of ideas and dream things. Much of his art was impermanent and is lost to time. Much was given away as gifts and might hang on a wall or sit snug in a box of memories. Maybe you have one. His art was made with a spirit of freedom and as such lives on without him or is lost on its own adventure and that's ok. We have only a small sampling here and that too, is ok.

Music was a big part of the life of Zac and, we assume, king spook. Zac came to music a little late but, once he found it, he was all in. His first go at being a musician was to put together a drum set of pots, pans, tins and buckets which he would play on the streets of Denver for spare change. He eventaully pieced together a real drum set but played it only briefly before moving on to the bass guitar. He played in the Denver Bands The Clouds, The Space Kitchen and Auxilliary. He played a bright orange, pawn shop bass through a silver, sparkley, pawn shop, Kustom amplifier for many years before upgrading instrument and amp in the last year of his life. He had a Tascam 4-track recorder in the late 90's which he used to make many recordings loosely grouped together under the name Space Case.
Download Auxilliary Heat E.P. here

Who Zac is a book about Zac written by his Mother, Mary Sweeney, AKA Queen Ma Spook. The book was written for kids so his nephews and niece could learn about their uncle.
Download the pdf here